We have many projects in various stages of development, below is small selection. 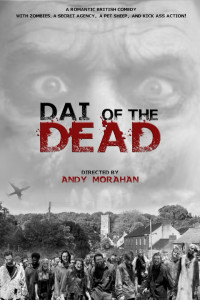 A kick-ass zombie comedy with lots of action and a killer soundtrack!

The Fosters - A traditional family sitcom which has been described as "hilarious", "relatable", and "relevant", and has been met with comments such as "my god!, it's like watching me and my husband!" and "oh that definitely reminds me of my wife!"

Day 1 of our promo shoot is complete, once coronavirus buggers off we'll be filming day 2. 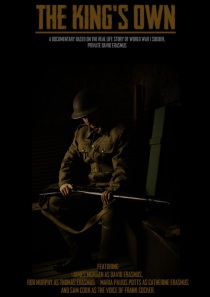 "The King's Own" - Documentary

Written and Directed by Richard Williams

Special Thanks to Barry War Museum and Historic Railway 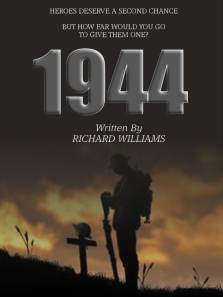 James is transported back to 1944 from the present day and finds himself in war torn France, where he has the opportunity to save the life of his grandfather, and change the course of his families history.

Orginally written as a short film, the script is currently being worked on and is being re-written as a feature film.

After the death of his mother, and being abandoned by his older brother, Peter, teenager James has lived a life of fear because of his abusive father. Now his father has died, James feels lost and devoid of emotion. At the wake, his girlfriend, Ellen, tries to get through to him but he pushes her away as he's unable to deal with any emotions at all.

Just after Ellen leaves the house in tears, there's a knock at the door, when James answers it expecting to see Ellen, he's shocked to see Peter standing there. Why has his brother chosen now to visit?

'The Have A Go Hero'

We're currently seeking serving or veteran servicemen and women who would like to speak about their experiences on the frontline of conflict.

Print | Sitemap
No part of this website shall be copied or used without the prior permission of the web owner.
Login